A downloadable QA Simulator for Windows

B̶U̶G̶  QA Simulator  is a boss rush platform video game where you can live the fantabulous daily workflow of a QA Tester. “What is a QA?”, you ask. QAs’ are in charge of testing video games (or software) to find bugs/mistakes. These bugs are reported to programmers, artists, and other colleagues so they can REPAIR them to finally release a stable product.

In this video game, you will have a chat with bugs, kick them and fight a secret boss! Try your best to get a complete and functional video game. Simple and intuitive mechanics, funny dialogues, super cute...mmm...SUPER SCARY enemies!!!

A paradise for bugamers! You win or you crash!

Special thanks to Patrick de Arteaga for the soundtrack!

- A and D or Left Arrow and Right Arrow to move the character left and right.

- Click the Left Mouse Button to shoot and to pass the dialogues.

- Meet our girl QA, she is in charge of sending bugs to HELL with her ultraweapon, a mouse! She is not afraid of facing other characters apart from bugs, you will see...

- This cute thing, I mean, "SCARY" monster is Bugllira. Thanks to Bugllira, QA has a job, but still, it is an evil creature...yep.

- Finally, this is our Secret Boss, but it is not going to be revealed until you play. The only thing I know is that this boss complains too much!

We hope you like it and thanks for playing! <3 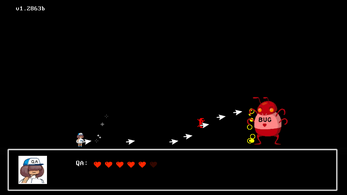 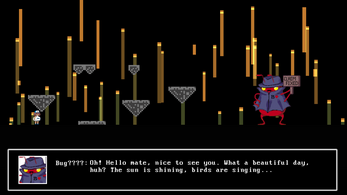 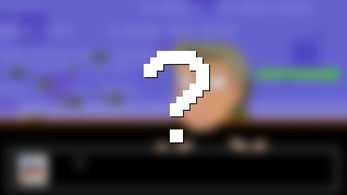